The spiral motif plays an important part in our Patera Kori Studios contemporary sculptures as it did in the first artistic efforts of ancient man. Spirals are among the oldest shapes found in ancient artwork that dates back to the Stone Age. A famous example of the use of spirals in ancient art is at Newgrange in Ireland. 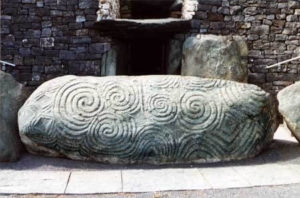 Newgrange is a large earth and stone mound that was constructed about 5000 years ago. This predates the construction of Stonehenge in England and the pyramids in Egypt. Newgrange is thought to have been a place of astrological and religious importance. Archeologists have suggested that the spirals carved into the entrance stones are representative of the cyclical nature of life, from birth to death to rebirth. 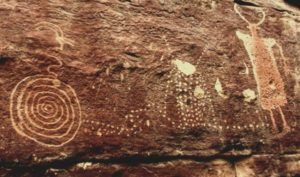 In addition to when spirals first appeared in ancient art, it is interesting to note that the use of spirals are universally found in every ancient culture throughout the world. This was at a time that predates writing or any other means of communication between geographically dispersed cultures. And yet, the spiral appears in Neolithic societies in Europe and the Middle East, in China and Peru and throughout the Pacific in Polynesian and Maori societies. This can likely be explained by each of these peoples independently observing spirals in nature and incorporating the spiral motif into their art.

Throughout art history, spirals have been used symbolically in paintings and sculptures. Rembrandt’s “Philosopher with an Open Book” depicts two figures in an interior space dominated by a wooden, spiral staircase. 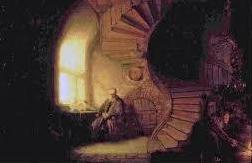 Van Gogh’s “Starry Night” portrays an idealized view from his window in the asylum at Saint-Remy-de-Provence. The swirling, spiraling night sky is thought to be reflective of the early photographs of galaxies or comets published in the popular media at the time. 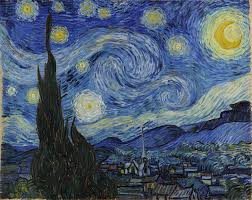 Robert Smithson’s 1970’s monumental work “Spiral Jetty” is walkable and on the edge of Utah’s Great Salt Lake. Smithson chose the natural world as his “canvas” for depicting the spiral found so often in nature. 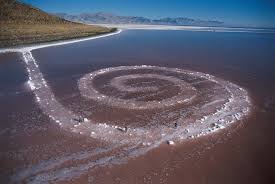 The changing elements of wind, water color, light and white, crystallized salt deposits on the black basalt rocks reminds us of the changes communicated by the revolving spiral.