If you said 13, you’re correct. The next number in the series is the sum of the two numbers before it. For example, 3+5=8, 5+8=13, 8+13=21, 21+13=34 etc. This series of numbers is known as the Fibonacci Sequence. It turns out that this sequence of numbers is one of the most interesting ever written down. The numbers and their ratio are used to understand and explain phenomena in mathematics, computer science and in many other areas of science. But one of the most remarkable things about the Fibonacci Sequence is its relationship to nature and art.

The Fibonacci Sequence and Spirals 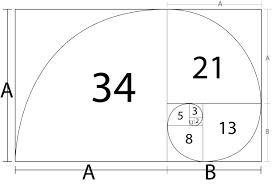 It turns out that Fibonacci numbers and spirals are Nature’s numbering system for order and growth. Here are a few of many examples found in Nature. 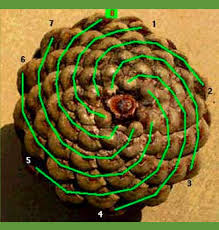 The bracts of a pine cone 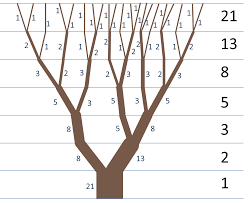 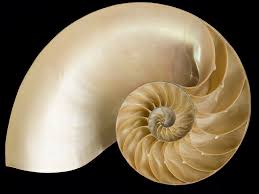 In art, the Golden Ratio, 1.618, provides a proportional balance of length and width that is aesthetically pleasing to the eye. 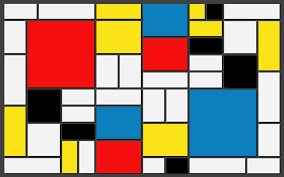 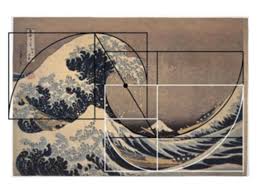 Of course, in art, the artist may choose to use the Golden Spiral or the Golden Ratio as a tool but it most certainly is not a rule.

Another area where artists may be intuitively influenced by mathematics is in the area of fractal geometry. A fractal is an object or a pattern that is or appears to be the same on all scales. Each part has the same or similar characteristics as the whole. The fractal can be relatively simple or very complex. An important parameter for quantifying a fractal pattern’s visual complexity is the fractal dimension, D. This dimension D can vary from a value of 1, a smooth straight line having no fractal structure to a D value of 2, a completely filled area but again with no fractal structure. As the repeating pattern of a fractal line or shape begins to occupy more and more space, the D value moves from 1 towards a value of 2.

Fractals with low D values have a sparse structure, while fractals with a D value closer to 2 have a greater amount of intricate structure. This is important in art because you can subjectively see how the fractal value can have a profound effect on the visual appearance of the structure or sculpture.

Is there an aesthetic preference for a particular D value of a fractal pattern? Studies have been conducted that incorporate three categories of fractal patterns, 1) fractals formed in Nature, 2) computer generated images based on mathematical algorithms and 3) created by humans, such as Jackson Pollock’s paintings. The results, based on 220 participants, across all three categories, concluded that the preferred fractal patterns clustered between 1.3 and 1.5. 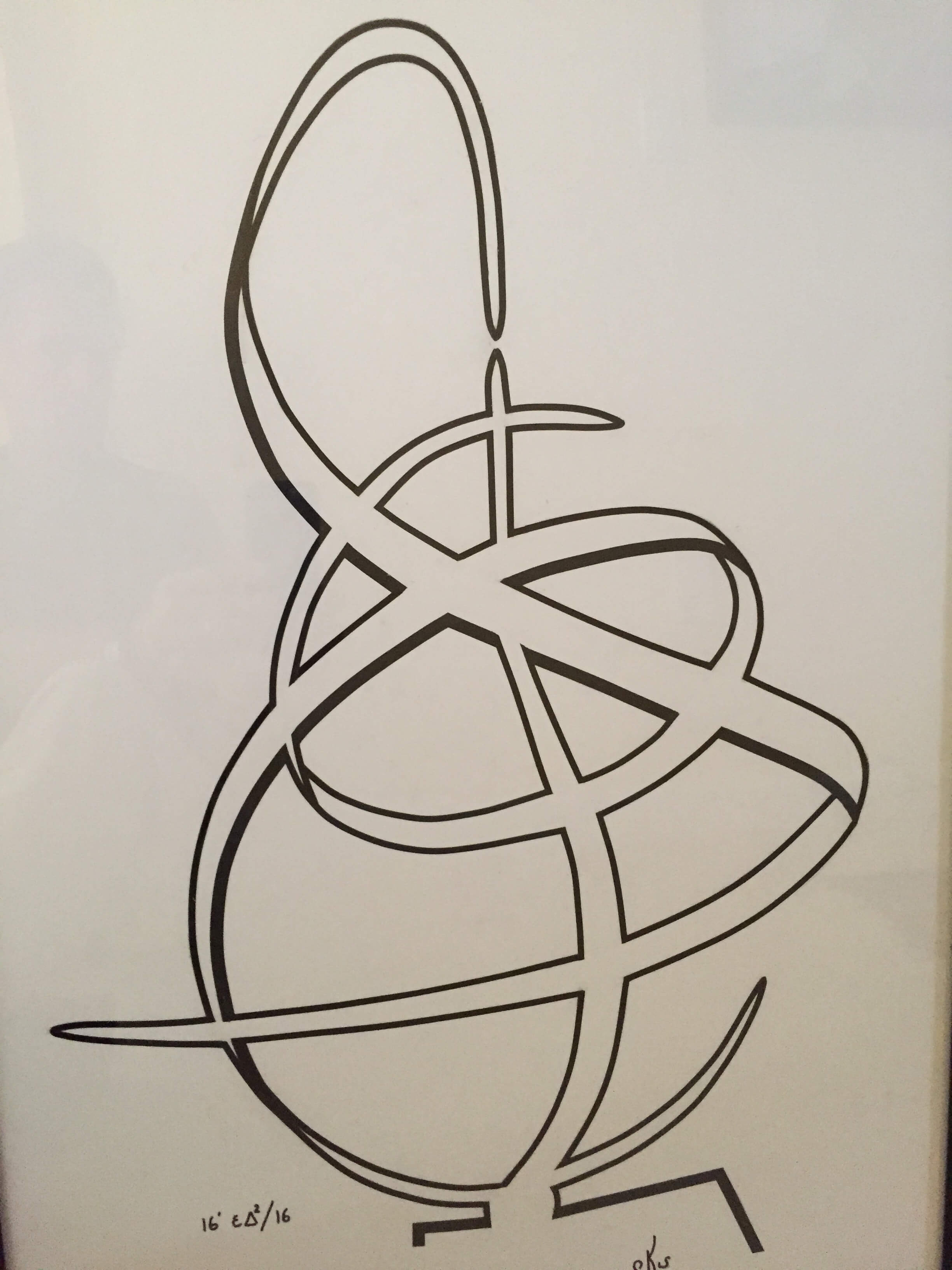 You can intuitively see that the structure of a Patera Kori Studios sculpture has a fractal D value that is in this preferred 1.3-1.5 range.

Does this visual appreciation for mid-range D values have a physiological effect on the viewer? Do mid-range D fractals induce calmness and relaxation in the observer? Tests at the NASA-Ames Research Center indicated that participants performing mental tasks experienced the smallest rise in stress factors when the participants were observing a fractal pattern with a value of 1.4.

This provides a fascinating insight into the impact art has on the perceptual, physiological and neurological conditions of the observer. But why? One possible explanation is the “resonance” of our eye movement which naturally traces out fractal patterns in the 1.3-1.5 range when our eyes are moving in search mode. Another possibility is the result of our exposure to fractal patterns in Nature. Many of Nature’s fractal patterns cluster around a D value of 1.3. Another cluster appears around 1.7. Coincidentally, this higher 1.7 D value is the density value Pollock preferred and moved towards in his later work. 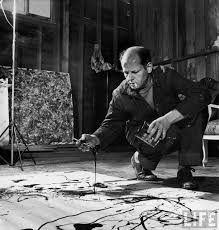 A remark made by a Pollock friend, Ruebin Kadish, noted, “I think that one of the most important things about Pollock’s work is that it isn’t so much about what you are looking at but it’s what is happening to you as you look at his particular work.” The suggestion is that Pollock, inspired by what he saw around him, had an insight about what was there and introduced that into his work. And that is what an artist does. That is what we strive to do with Patera Kori Studios sculptures.